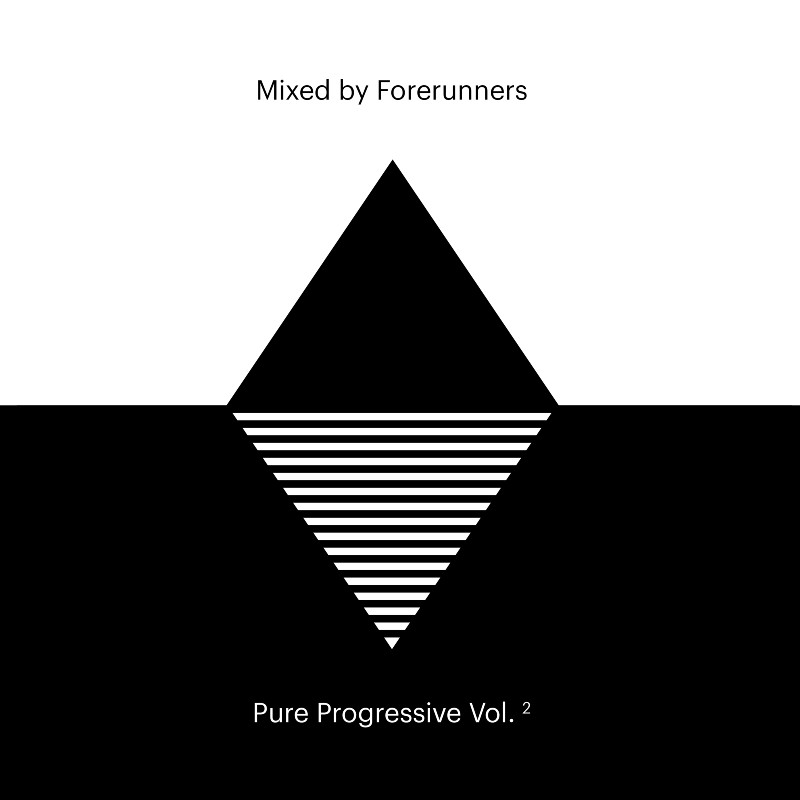 If ever there was a summer that needed something a little cooler channelling into it, well surely it’d be this one. That kind of salvation is close at hand, as July sees the Progressive wing of Solarstone’s Pure marque serve its second longplayer Having helmed Volume 1, Orkidea yields the P.P. wheelhouse to another institution from the Progressive genre. Released on Solarstone’s Deepblue label in 2007, ‘Lifecycle’ immediately put Forerunners on the lips the scene’s heaviest hitting DJs. Arizona’s Brenden LaBonte has scarcely broken his release stride since. Effortlessly delivering deep progressive majesty time after time, over half his career releases have seen the light on Solarstone’s labels, the last seven of which all on Pure Progressive. While two years might seem like a long interval between editions, Pure Progressive volumes are no mean feat and certainly no small undertaking. Involving both the creation of an artist album and a mix compilation, ‘PP2’ follows suit, delivering the best of both worlds to fans. Its first disc The Artist brings 8 new Brenden LaBonte productions and 2 new remixes to the fore. Disc 2’s The DJ meanwhile builds a 14 strong track complement into a formidable mix, perfectly echoing the Pure Progressive’s sound. Included amongst them is music from label regulars like Nick Stoynoff, qoob, Nick Silvestri, & Basil O’Glue, as well as a further two new Forerunners creations. Cool of head and thoroughly chilled in inclination, ‘Pure Progressive 2’ arrives Jul 29.

The Artist opens with the deeply drawn strings & slo-mo breaks of ‘Our Miracle’, before crossing over into 4/4 with the ebb & flow melodies of ‘Communicator’. A little further down the river you’ll find ‘Deliverance’ from Nugen (aka progressive trailblazer Emilie de Fouchécour), as Forerunners brilliantly Redux’s her 2003 classic. Continuing the disc’s midtempo throb, Brenden’s desk-fresh ‘Dreams For You’ adds more definition to the drive of the bass. ‘Hazel Eyes’ and the just-released ‘Sunreturn’ meanwhile start to open the gates to more prominent melodies and harmonies. As The Artist disc enters its closing stages, Forerunners rework Basil O’Glue’s 2018 Pure Progressive release ‘The Promise’, before Brenden signs off with magical ‘Lost In Our Years’

Of his approach to the composition and mixing of the album, Brenden says, “when I listen to the music I wrote for this album, I remember what originally captured my soul when I got started in this industry. It is a pure expression of sounds and ideas without constraint or expectations. Each track tells a story and fits into a larger narrative, from the earlier breakbeats and atmospheric sounds to the higher energy club-infused percussion and melodies. I struggled seriously with some of the arms-race happening in trance and progressive over the years, the pursuit of louder more compressed supersaws and snare rolls, and this 2-disc volume is partially my statement in opposition that I began back in 2015 when I rediscovered the direction the Forerunners project was going to take. What better place than Pure Progressive to release such an album and compilation, a family of labels known for keeping the music we release down to earth and honest.”  Brenden’s The DJ disc sets sail with three tracks all hailing from Eastern Europe, as Alfoa’s ‘Headwaters’ ‘Amazonia’ from Dimuth K and East Café’s ‘When Chaos Ends’ collectively set the tone & pace to a measured cruise. The finely crafted drift of Waxman’s piano melodies on ‘Never The Same’ cede to allow Nick Stoynoff’s ‘Luck Pluck’ & ‘Gardens of Genesis’ by Partenaire to add more floor emphasis to the mix. As the disc crosses its meridian, Forerunners teams up with Mike Isai for the bassily grooving raincry of Arrakis’ and the Northern Exposure-esque ‘Escape’, courtesy of ManIsMetaphor. Bringing the release’s second disc to its coolly epic culmination are the elegantly warped synths of Nick Silvestri’s ‘Break of Dawn’ and the unforgettable vocals of Forerunners’ forthcoming ‘Hymn’.

An essential for anyone looking to bring if only a touch of chill to their summer, you can pre-order/save Forerunners’ ‘Pure Progressive Vol. 2’ from today  [https://blackhole.lnk.to/pureprogressive2]. The album goes on full release July 29.