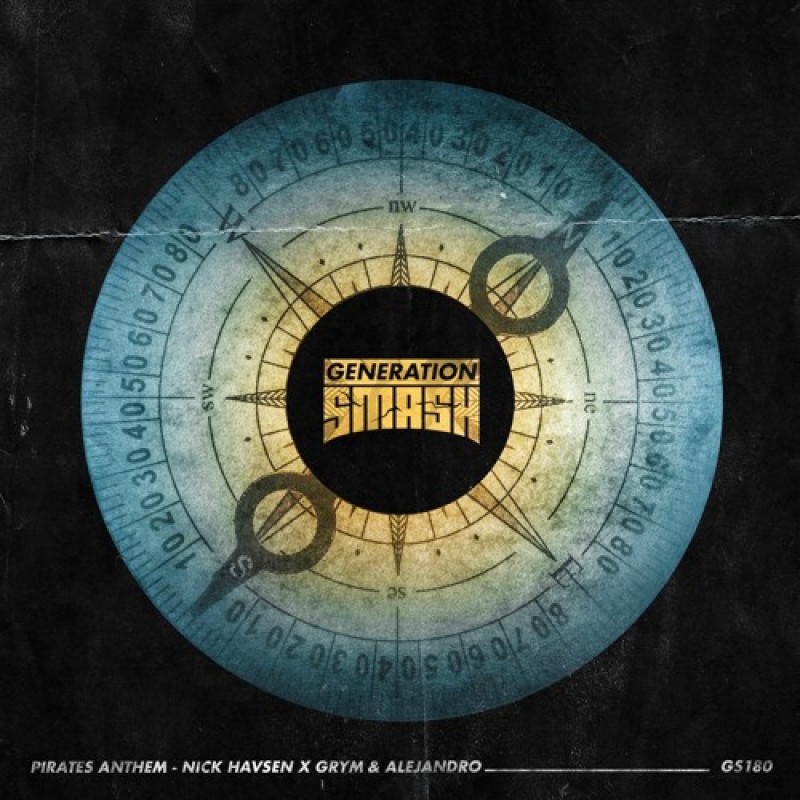 Swashbuckling rhythms and high sea vibes take hold of the ‘Pirates Anthem’ as creators Nick Havsen and GRYM unleash a monster from the deep.

A serious club anthem, the single from Nick Havsen and GRYM bellows hard with the sound of a pirate’s voice shouting, “Gimme my treasure”. This bandit’s voice rings strong as the pace of the track maintains a steady wind that will have the dancefloor full and speakers booming loudly!

Having first emerged back in 2014, Nick Havsen has been a consistent figure in the electronic scene with notable releases on Smash the House, Revealed Recordings, Intensity Recordings, and Zero Cool Records, in addition to a plethora of highly supported remixes and bootlegs. With his music making significant strides in the scene, it is little wonder he’s had the chance to appear on stages at events such as Untold Festival, Balaton Sound and Neversea.

GRYM lands on Generation Smash for the first time and has put his name to several bootlegs and other releases, this new collaboration with Nick Havsen is a new chapter in his career with the backing of the Generation Smash family.