WATCH! EMOJII & NICKI GEE SHARE THEIR NEW COLLAB.. WITH YOU

BUY ‘WITH YOU’ FROM ANY OF THESE STORES:

As the video of Emojii’s single ‘Can’t Stop Falling’ reached over 50,000 plays, he now teamed up with Nicki Gee for a new uplifting dance song in true Emojii style: ‘WITH YOU.’

Nicki Gee and Emojii originally met in college where he was a fan the music she did and always kept in touch. When Emojii recently wrote a new song, he felt it would be a perfect fit for her. She loved it, and not much later they met in the studio to record it.

Emojii: “‘With You’ is a song about spending time with the one you love. Having fun through dance and enjoying the moments you wish will never end. I hope this new song can add a little more fun to your summer and be a soundtrack to you building some great memories in your lives.

We made a video for With You which you can watch on Nicki Gee’s YouTube channel. It features hand drawn animation to accompany the music.

Make sure you like and Subscribe as she has great content. Perhaps at a later date, we’ll also shoot an official music video for the song; Stay tuned! “ 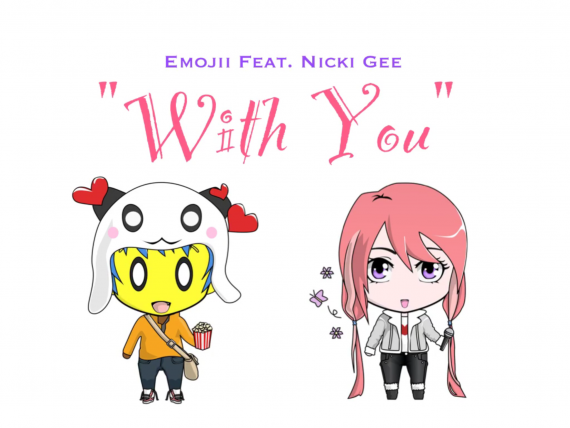 For those who heard Emojii’s earlier song this year ‘Can’t Stop Falling’ – he made this song for his soon to be wife. As a matter of fact: it was in the music video for Can’t Stop Falling where he proposed to her. And of course she said yes!

So what’s the status on the wedding?

Emojii: “Yeah the wedding planning is going very well. I know it’s been some time since the engagement music video I put out but things are going according to schedule and stress free as of now. As the date gets even closer hopefully it will remain that way, Lol!”

Watch Emojii propose to his gf in his awesome new music video! Share <3 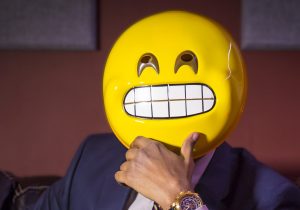 His name is Emojii, spelled with two i’s… and a smile. He’s a singer, songwriter and musician from Hackensack New Jersey. His music features a unique blend of various styles including Pop, EDM, Dance, and R&B. He plays piano and drums and was a music major at Bergen Community College and later went on to William Patterson University. He also had the privilege to perform at the prestigious Carnegie Hall with New York University in an event to raise money to fund music schools for children with special needs.

Music has always been something dear to Emojii. The most beautiful thing about it he feels is the ability to share emotion with others. His goal is to use that power to share positive music and give people something that they can feel happy about in their lives.

Emojii’s music can be found on most major music streaming and download sites. Here are links to the biggest ones.